One of the best parts of summer is picking out your soundtrack for it. There are always new songs released at its onset, and more still that take the season as their subject matter. And while summer’s sunny skies may have inspired hundreds and hundreds of songs, the flora and fauna of the natural world has provided fodder, too. it seems musical artists just can’t help but be inspired by the flowers, plants and herbs they see around them. In that spirit, we here at Mary Murray’s Flowers have put together a playlist full of titles inspired by what’s growing in the garden.

Can you imagine a floral playlist without Poison’s Every Rose Has Its Thorn? This epic power ballad from 1988’s Open Up and Say….Ahh! is the perfect song to throw on during a barbecue, especially if you’re looking to get your group singing and dancing and recalling their favorite hair bands.

The Rose, Bette Midler’s iconic 1979 ballad, ran during the end credits of the film of the same name and will definitely tug at those heartstrings. This emotionally powerful track is best played on a misty Sunday afternoon, when you’re feeling nostalgic and sentimental.

Everybody loves Seal’s 1991 hit Kiss From A Rose. It somehow manages to be upbeat and catchy and passionate all at once with its Baroque style and Seal’s soaring vocals. Equally good for an afternoon by the pool or cocktails with your sweetie on the back porch.

Wildflowers by Tom Petty is a plucky, pretty ballad about a girl so special she belongs among the wildflowers. Petty was one of our greatest songwriter performers, and we love the idea of revisiting one of his signature tunes.

For something a little more sultry but not lacking in romance, try Forget Me Nots, sung by Patrice Rushen in 1982. This song has enough funk to keep a party going, but you’ll want to slow dance to it, too.

Music and flowers pair well, clearly. So put some bright summer beauties next to your sound dock. Happy listening! 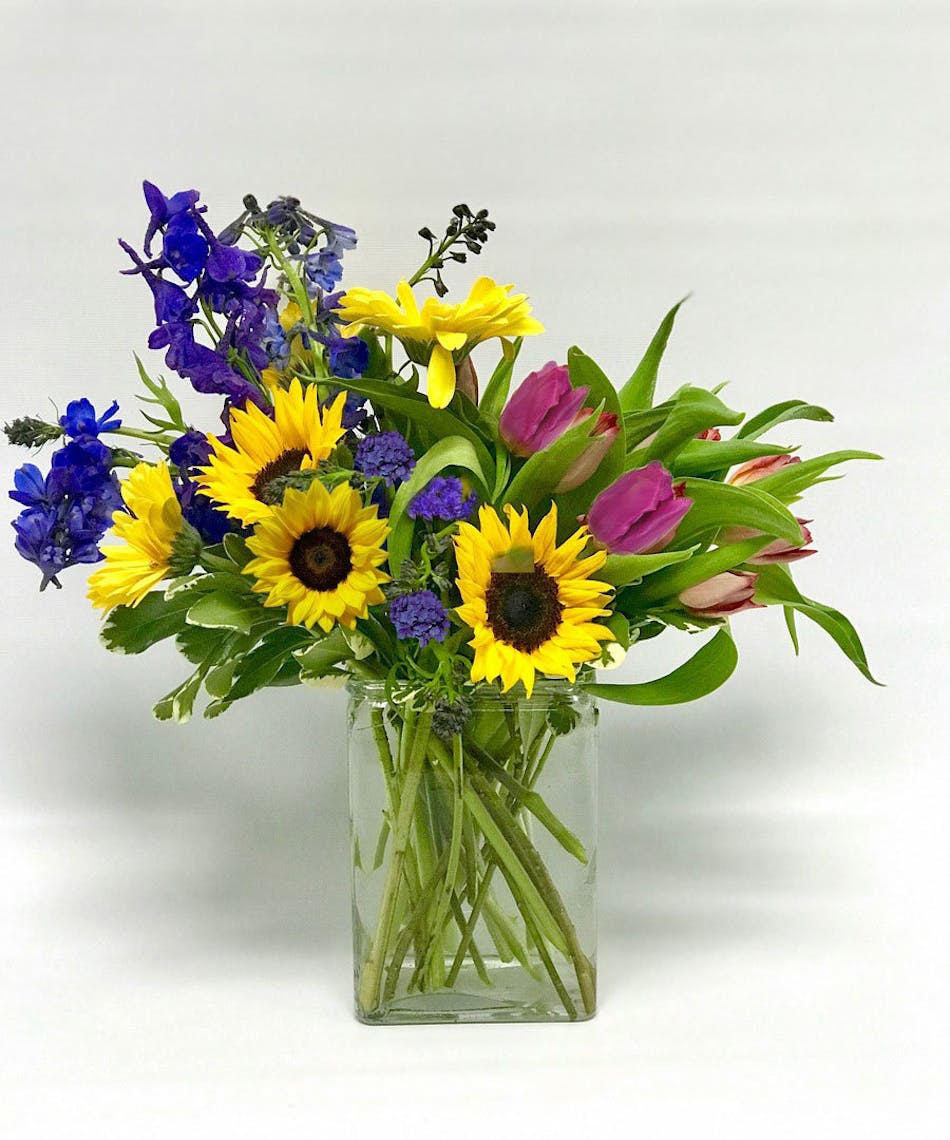